Pela is a uniquely Moloccan term describing relations between communities. These are customs and norms not written rules or laws but things that are mutually understood.

– A vow of brotherhood, existing between two or more villages. A form of adat or common law.

– A form of alliance between two or more villages.

– A sort of closeness or togetherness. There may be pela between two villages or also between two areas each consisting of a number of villages. They have a permanent mutual trust in each other, a sincere relation of friendship, which has peculiar consequences such as:

– Marriages between them is not allowed, at least on the Kei Islands (for they are like brothers and sisters).

– If some disaster occurs to one of them (floods, earthquake, epidemic disease etc.) one (or several) of the others come to help by symbolically destroying the village thus abating the wrath of the gods. On that occasion they are also free to take home any chickens, goats and pigs (which in fact they eagerly do!). (Note: Muslim or Christian is irrelevant here).

– The term Gandong* when used to describe pela …….. one womb – cannot inter-marry, one womb – one family.

*Moluccan slang, derived from the Indonesian word KANDUNGAN, which means “womb”. There is a popular nostalgic Moluccan song “Satu hati satu gandong” = “One heart one womb” (as if coming from one mother). 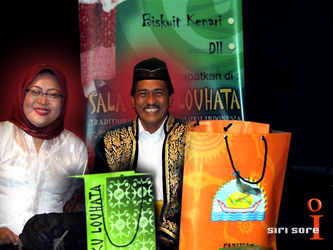